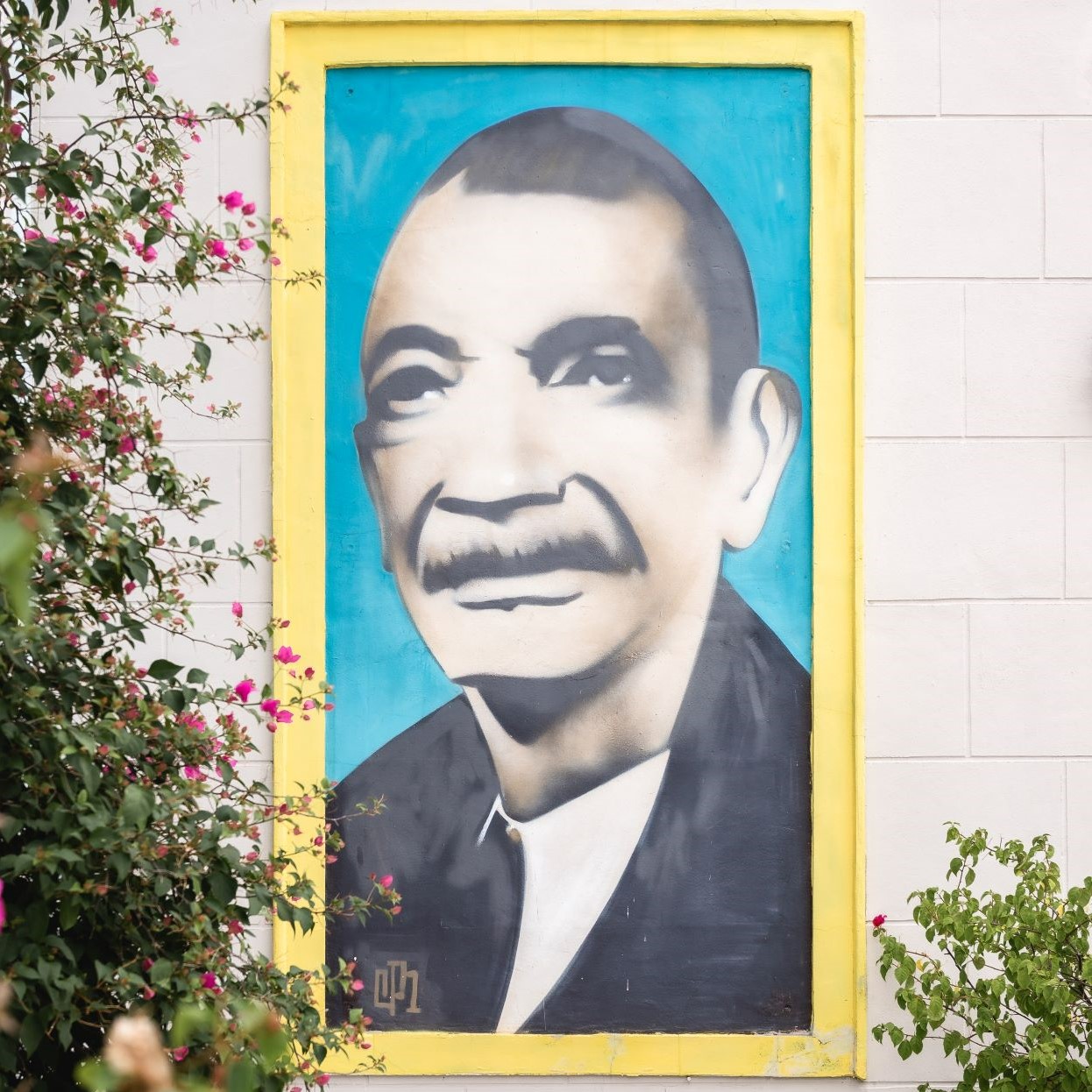 Ebenezer Woodbury Franklin Stirrup (E.W.F. Stirrup) was born on Governors Harbor Island in the Bahamas in 1873 and immigrated to Key West in 1888 at the age of 15. Upon his arrival in Key West, Stirrup apprenticed under his uncle learning woodworking and carpentry. After ten years of working in the Keys, he returned to the Bahamas to marry his childhood sweetheart – Charlotte Jane Sawyer – and bring her back to Florida, this time settling in Cutler.

During the day, Stirrup worked in the pineapple fields that were rampant in South Florida during this period of time and in the evenings he cleared land for property owners. Stirrup often took payment of land instead of cash, which allowed him to amass an abundance of real estate. In 1899, at the age of 25, Stirrup and his family resettled in Coconut Grove – the first black community on the Florida mainland. Stirrup worked for James Deering’s Villa Vizcaya as a chauffeur and farmer. He was one of many Bahamians who settled in the area that played a huge role in developing Coconut Grove. Bahamians, unlike their Northern settler counterparts understood the sub-tropical climate and how to work with coral rock and limestone. This knowledge helped them to make limestone mortar for construction as well as plant tropical trees, vegetables and fruits that would yield bountiful harvests.

The two-story Frame Vernacular house now known as the E.W.F. Stirrup house was built in 1897 by Stirrup as his family home. The house contains characteristics of the era – narrow proportions, the size and shape of the fenestration, and the L-shaped floor plan. It was also composed of Dade County Pine, which was in abundance in the undeveloped swamp lands of South Florida. Stirrup lived in his home for 58 years until his death in 1957, after which it remained occupied by his decedents for years.

Stirrup eventually became one of the largest landowners in the area, owning several businesses such as a grocery store, bicycle repair shop, tailor shop, meat market, horse and buggy business, and even a joint venture dry goods store with William Burdine. Stirrup, always generous, also donated land for the construction of Coconut Grove’s Christ Episcopal Church and constructed – with Charlotte’s assistance – what would become over 100 small frame homes to rent and sell to Bahamians and other members of the Black community moving to the area. Kate Stirrup Dean, one of Stirrup’s 10 children spoke of her father’s philanthropic side, “Father believed in every family having a house, a yard and a garden, so you would feel like you had a home. He felt that people became better citizens when they owned their own homes.”

The Stirrup House sits at the entrance to Charles Avenue – the oldest residential street in Miami. Though the house has been restored, care was taken to keep as much of the Dade County Pine as possible– 10% – as well as the coral stairs that can be seen at the entrance of the house. All around the Stirrup House visitors can learn about the history of Coconut Grove. There are at least 8 other heritage markers in walking distance – including Charles Avenue, the Coconut Grove Playhouse, the Mariah Brown House, The Barnacle, and the Coconut Grove Library.